You are here: Home / All Lessons / Lesson 57 – Special Verb Affixes 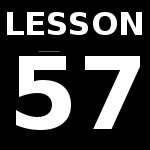 So, how are you feeling after last week’s lesson?  I hope you felt positive about it and are ready to move forward. In Lesson 57 we will be learning about Special Verb Affixes.  There are a number of different affix focuses for you to learn this week, so why don’t we get started! Have a look […]
To access this post, you must purchase Learn Bisaya with our Bisaya Buddy Course.