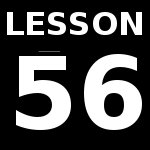 Here in the Philippines, there is a fast food restaurant that serves chicken, it is called “Mang Inasal” but that is not what the Mang Actor Focus was all about, was it? 😉 In Lesson 56 it is time to learn about the Ma- Actor Focus Stative.  Watch the video and you will see what it […]
To access this post, you must purchase Learn Bisaya with our Bisaya Buddy Course.