You are here: Home / All Lessons / Lesson 54 – Ma-An Direction/Beneficiary Potentiality 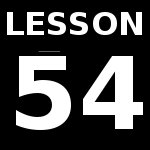 Are you tired of Noun Makers?  Well, after a few weeks of it, I am too, so let’s see about learning something a little different for this lesson! In Lesson 54 there is potential to move on to a different type of lesson!  Potential because this week we will go back to learning another Potentiality!  Ma-An […]
To access this post, you must purchase Learn Bisaya with our Bisaya Buddy Course.