You are here: Home / All Lessons / Lesson 48 – Comparisons & Superlatives 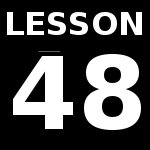 We have had two lessons in a row about the I- Object Transfer focus, so how about if we move on to something else to shake things up this week? In Lesson 48 we will talk about how to make comparisons.  Comparing one thing to another in different ways.  Some things are the same as others, […]
To access this post, you must purchase Learn Bisaya with our Bisaya Buddy Course.