You are here: Home / All Lessons / Lesson 46 – I-Object Transfer Focus 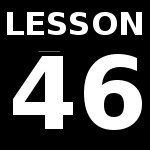 So, after last week how about if we take a break from any question words for a while?  I think we should start on something completely new. In Lesson 46 we will talk about a whole new important focus in Cebuano!  The I- Object Transfer focus.  It is all about moving something or transferring it to […]
To access this post, you must purchase Learn Bisaya with our Bisaya Buddy Course.