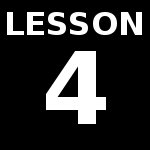 Lesson 4 will focus on Second Class Personal Pronouns and Second Class Markers.  Much like in previous lessons where you have dealt with First Class versions of these words,  but now you will be working with second class version of the same types of words.  Making the words second class makes them a less important part of […]
To access this post, you must purchase Learn Bisaya with our Bisaya Buddy Course.