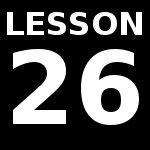 Well, we are up to 26 and we’ll do that today!  Congratulations on your efforts to learn the Cebuano language, you are doing great!  Hang in there, you will be speaking Cebuano in no time! Today we will learn another of the question words, Ig-unsa.  Ig-unsa shows the relationship between people.  For example, if you […]
To access this post, you must purchase Learn Bisaya with our Bisaya Buddy Course.