You are here: Home / All Lessons / Lesson 2 – I Class Markers 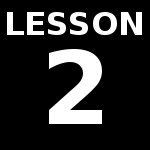 Lesson 2 Lesson 2 will focus on First Class Markers.  What is a marker?  A marker is a word that marks the topic or the emphasis word of the sentence.  Markers are used with nouns, either proper nouns (like people’s names) or with common nouns (thing, places).  There are three different classes of markers.  In this […]
To access this post, you must purchase Learn Bisaya with our Bisaya Buddy Course.