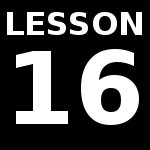 OK, another week has passed and that means it is time to move forward with another Bisaya lesson!  You are really moving full steam ahead now, and this is a very important lesson. Today we will learn about Negators.  Ways to make things negative in a sentence.  Ways to say something is “not” – maybe […]
To access this post, you must purchase Learn Bisaya with our Bisaya Buddy Course.