You are here: Home / All Lessons / Lesson 1 – Personal Pronouns 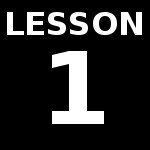 Lesson 1 On Lesson 1 we will deal with First Class Personal Pronouns.  Personal Pronouns are things like “I, You, He, She, We or They”.  They are words we use to call out people, although not their names.  There are other classes of personal pronouns, which we will learn at during later lessons. Follow along […]
To access this post, you must purchase Learn Bisaya with our Bisaya Buddy Course.